From the catacombs to the market: the amazing story of Quinta do Convento White 1999 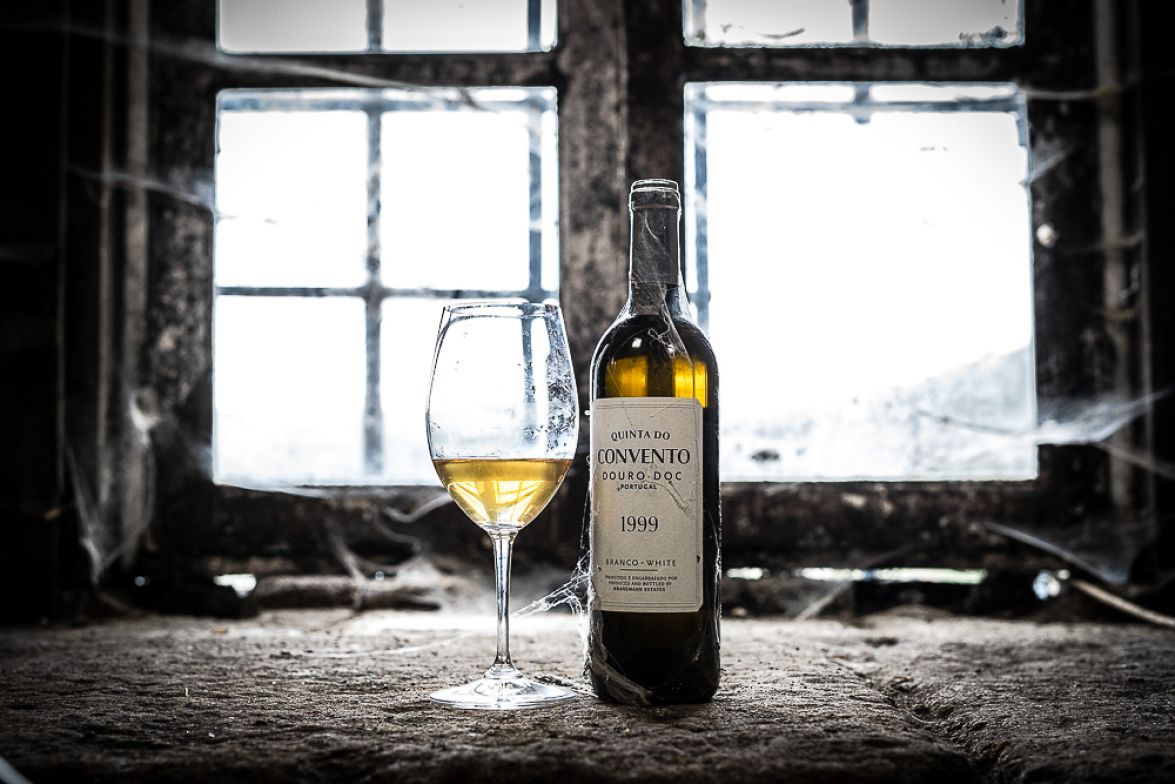 Christoph Kranemann initially dreamt of becoming a winemaker in Australia, but here in Portugal at the Quinta do Convento de São Pedro das Águias, this dream came true. The Estate, located in the stunningly beautiful Vale de Távora, with its unique high altitude terroir, mythical monastery buzzing with potential for hospitality and one of the most modern wineries in the Douro (built in 2007), had a lot more in store for its owner, Christoph Krannemann. Soon after arriving at the Estate, the new owner, a wine connoisseur, interested in history, architecture and geology, asked his wine making team to carry out an inventory of the wines at the property. To their great surprise, the catacombs of the old Monastery contained a secret gem. Hidden among barrels of Port wines, reds and even whites, the team found a large number of bottles of gold coloured, very aged Douro wine. The first bottle they opened was something quite extraordinary. The second, third, fourth and fifth confirmed that the first was no exception. Some 2000 bottles of a unique, complex white wine, full of tertiary aromas and well-established acidity. The wine was creamy and rich or maybe even a relic of times past. It was later discovered that the wine was from the 1999 harvest of the old vines in front of the Monastery. 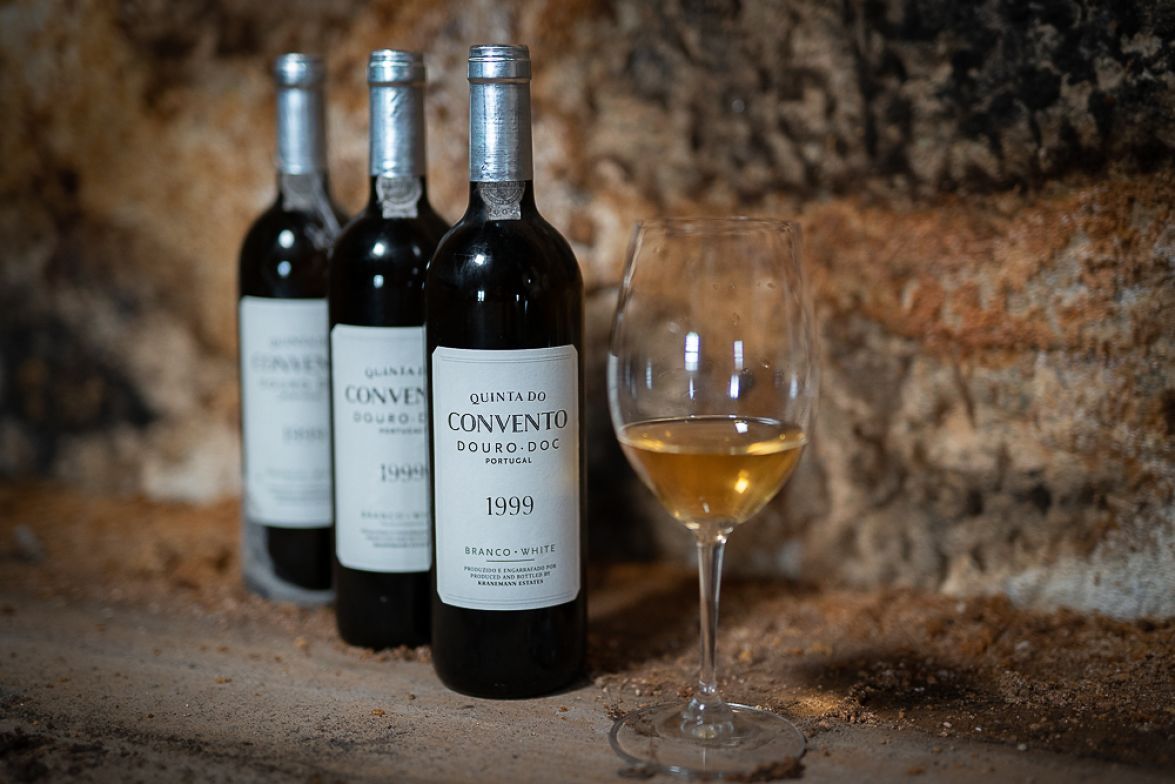 Now, some 20 years later, Quinta Do Convento Branco 1999 is being launched by Kranemann Wine Estates. “It is a special edition wine, an opportunity to take a trip down memory lane, and go on an extraordinary journey through the expressive nature of the Vale do Távora, which gives us high quality wines with a potential for ageing”, explains the winemaker, Diogo Lopes. “This wine was perfectly preserved in a cool, dark and humid room in the Monastery’s catacombs, where in the past they bottled and stored Port wine. The decision took put this wine on the market was natural. It is most definitely the easiest decision ever made about a wine”, he adds. The resident winemaker, Susete Melo, explains, “We discovered these bottles when we arrived at the Estate and we started counting the stock. We were told that the wine would probably have turned to vinegar by then. The previous owner, Madame Mordant, known as the Lady of the Monastery, had kept this wine for a decorative panel that just never happened. It was funny seeing my colleagues’ surprise when we began to try the wine. Simply fantastic.”

Please confirm that you are of legal drinking age in your country of residence.

Your web browser (CCBot 2) is no longer supported and cannot display the web page you are visiting correctly.

Update your browser for better security, speed and experience on this site.